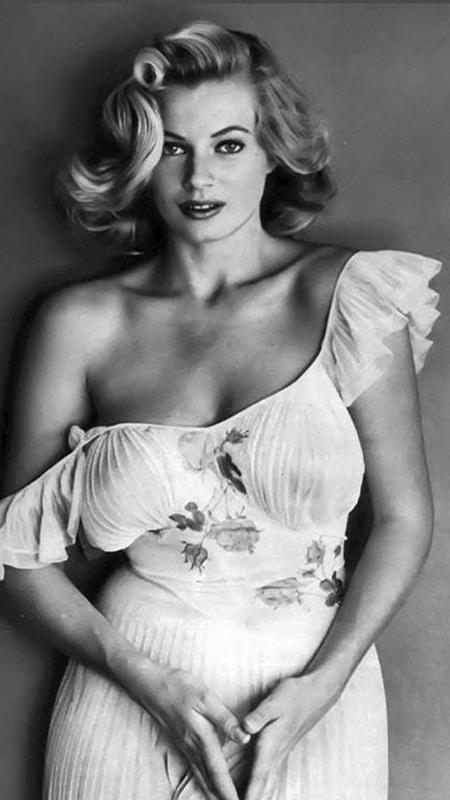 Pictured here is the lovely Kerstin Anita Marianne Ekberg back in the 1960s. As an actress, she is best known for her role as Sylvia in the Federico Fellini film La Dolce Vita (1960), but she got her start in the industry as a model. It wouldn’t be until the mid-50’s when she finally broke into films.

The Swedish starlet with her voluptuous physique and colorful private life was a favorite among the gossip magazines. She had highly publicized romances with leading men like Frank Sinatra, Tyrone Power, Yul Brynner, Rod Taylor, and Errol Flynn. For a time, she was even publicized as “Paramount’s Marilyn Monroe”. citation

I’m not a “professional,” but Anita’s face in this photo screams out (to me), “Get me out of this place I am at in my life right now.” Seeing that she had so many “gossip stories” about her sexual endeavors, I can hear her crying out for security and privacy, imho.

This site uses Akismet to reduce spam. Learn how your comment data is processed.